The Annual General Meeting takes place at the end of November or the begin of December. The Work Program carried out during that year is discussed and the final Work Program (including new projects) for the coming year and the broad Work Program for the next four years are determined. In addition, the Steering Group members and the Working Group participants for the next calendar year are established. All Members have one vote at the Annual General Meeting.

The Open Meeting usually takes place at the end of May or the begin of June. The objective of the Open Meeting is to generate topics for potential research projects that could be of interest to the Members. For a selected set of research topics new project proposals are made and presented at the Annual General Meeting. ‘External’ specialists may also attend the Open Meeting on invitation by the Steering Group.

Each project of the Work Program is managed by a Working Group. The Working Group members are frequently involved in performing project tasks. Working Groups are open to all Members.

A schematic representation of the CRS organization is presented below: 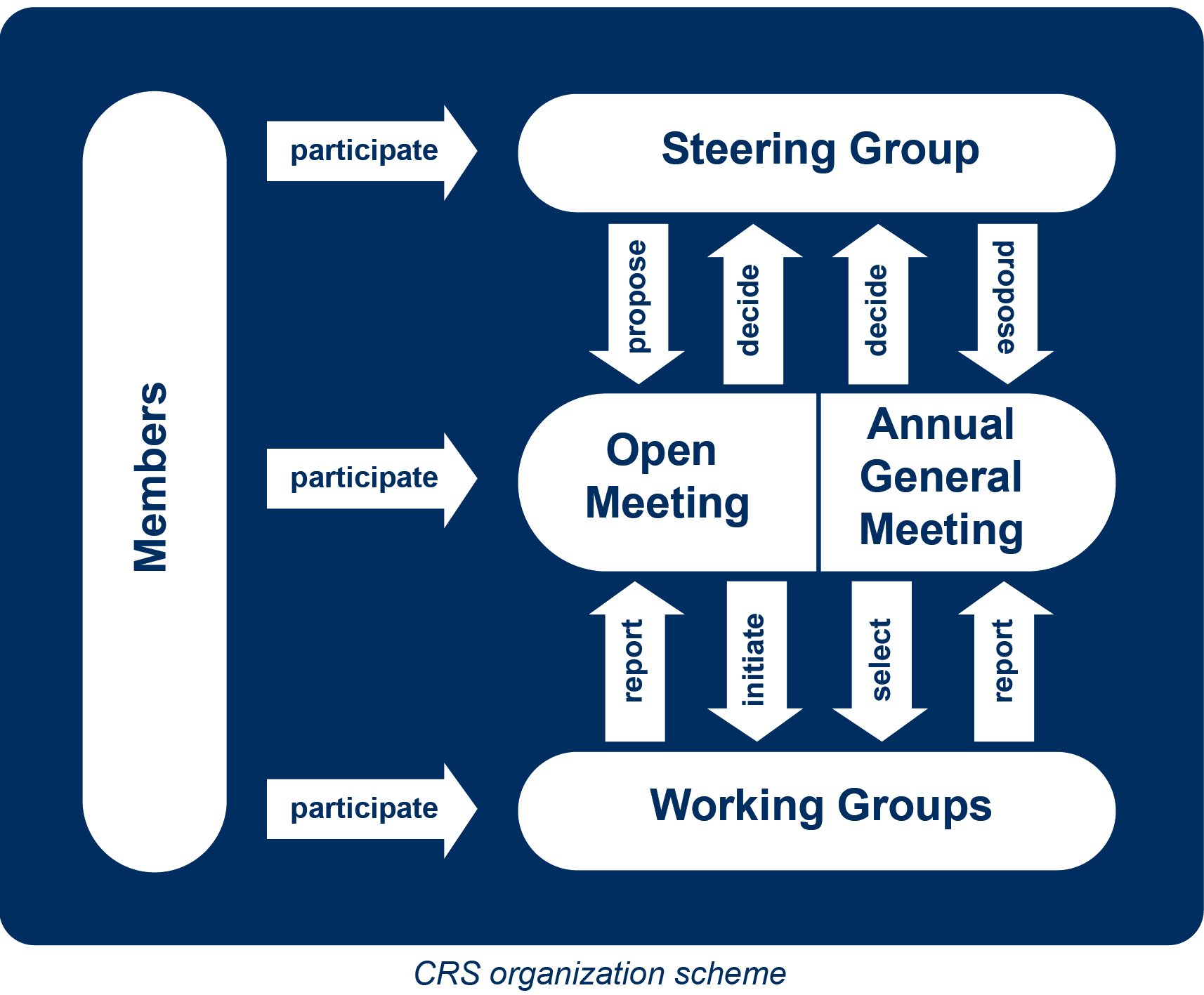